With Fathers Day this weekend, my blog feed is bursting with posts about the men in our lives, our own Dads and the Fathers to our children. It goes without saying that I have the most incredible Dad, and I cannot fault my husband for his role as Daddy to our youngest three. I am filled with nothing but pride and admiration for, not only that but, the role in which he plays as Step Dad to our eldest. 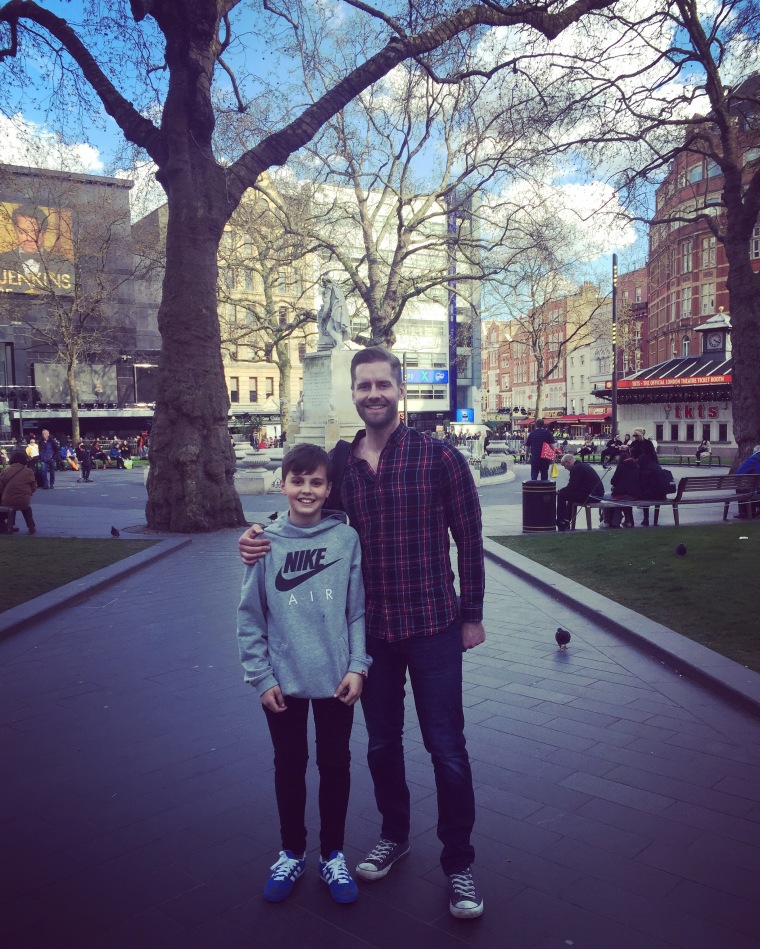 When my ex husband and I divorced and I found myself single again at 28, I can remember thinking just how hard it would be to ever meet someone as, not only a divorcee but, as a single Mother. As I took the tentative steps into the world of dating, I soon realised that those who initially appeared interested would run a mile when I mentioned that I had a six year old son. And that was tough.

Dating as a Mother was a whole new ball game, looking for a man who not only had the potential to be a good boyfriend but who also had the potential to be a good role model to my son. And as I soon realised, those kind of men were few and far between. So when Gaz came along, he was, rightly or wrongly, not the first man that I introduced to my son, but he was the only man that I allowed the opportunity to get to know him, to forge a bond, develop a relationship and, ultimately, allow him into his heart.

And I have always thought that it can’t have been easy back then,  to date a woman who comes with all of that baggage. It must have been hard to sacrifice romantic dates for the latest Disney movie at the cinema, a night at family bowling or Toby Carvery on a weekend. It must have been tough to spend his evenings being forced to talk about WWE wrestling in great length, to play non-stop Mario Kart on the Wii, to eat fish fingers, chips and beans and perch on opposite ends of the sofa with a six year old firmly wedged between us. In those early days when we couldn’t keep our hands off each other, when we wanted to spend our weekends in bed, watching TV, ordering take out,  a blissful blur of snogging and sleep, it can’t have been easy to be woken at 7am, to be slam dunked during breakfast, battled with light sabres and blow up Hulk gloves and pelted repeatedly in the head with Nerf bullets.

And yet to my amazement, for Gaz, it was easy. The relationship between the two of them happened so organically, bonding over football, a mutual love of John Cena, Transformers and the moves of Michael Jackson. And almost before my very eyes, I watched as the same man who was falling in love with me, fell head over heels in love with my son.

I can still remember the first time that Lewis slotted his little hand into Gaz’s, when he first offered him a kiss goodbye, a cuddle goodnight, and asked if Gaz could tuck him up into bed instead of me. I can still remember how I would leave the room and come back to find them kneeling on the floor, heads together, building a make shift wrestling ring, re-creating scenes from the latest Transformers movie, discussing the pros and cons of Optimus Prime versus Bumblebee. I can still remember the sound of them laughing together, the way that Lewis would say, “Nothing Mummy!” when I asked what they were up to, the way in which he looked at Gaz with nothing but utter admiration. And for me, that sealed the deal. Within three months of our first date, with Lewis’s permission, Gaz moved in. And when he proposed just three months later, it wasn’t just me who was over the moon, it was Lewis too. 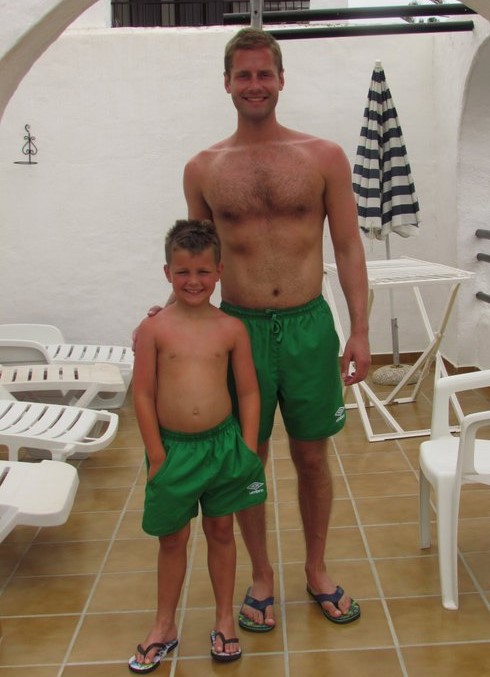 And as much as Gaz has always made it look easy, there are times when I feel, deep down, that being a Step-Parent is hard work, that more often than not, they do get the short straw. For a man who has helped raise my child for the last six years, it must be incredibly hard at times to take a step back and accept that, although you may look at this child and love them like your own, the reality is, they’re not. Because the truth is, Lewis is very lucky in that he does have a Dad, one who loves him very much and who has an equal input into his upbringing, his choices, his life. And it takes a very special person to accept that fact.

I  remember the first time that there was a “Dads v Sons” football match one Sunday up at the club, and despite the fact that Gaz spent most weekends kicking a ball around the park with Lew, he and I both knew that Lewis would walk straight past him and ask his Dad to play. And he would have to swallow his pride and watch from the sidelines while his, and my, heart broke a little. Every parents evening, despite being the one who sits down to help Lewis do his homework each week, Gaz stays at home whilst my ex husband and I sit there together, reaping the praise that is lavished upon us, feeling like the proudest parents on earth, and he must simply make do with me relaying it back to him later that night. 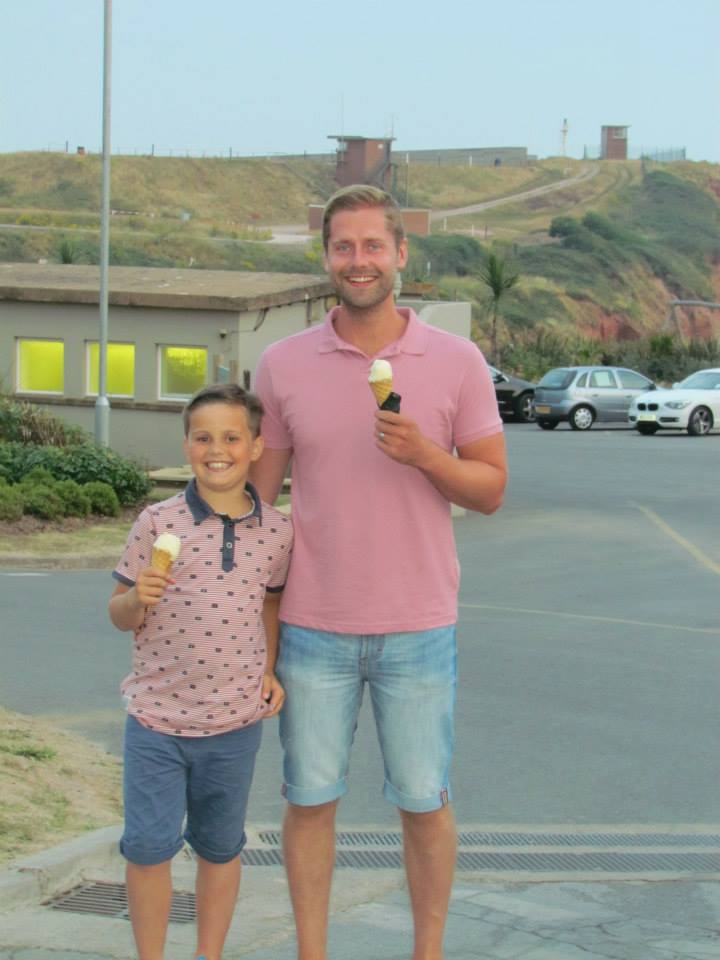 Despite a mutual love of Manchester United, when Lewis pleaded with Gaz to take him to his first match, Gaz had told him no, that he would have to wait, knowing that it was important to respect the fact that the occasion of a boys first football match belonged with his Dad. And I loved him for that, for sacrificing the things that meant so much to him, for never over-stepping the mark, never trying to take the place of his Dad. And it will be the same as he grows up, when he goes out for his first driving lesson in the car, doing handbreak turns in Tesco car park, the same when he goes for his first pint in the pub on his 18th birthday or the honour of sitting besides him at the top table on his wedding day. Because all of those honours do belong to his Dad, and there aren’t many men in this world who would not only stand back and accept that, but would actively support it, encourage it, and, most importantly, respect it. 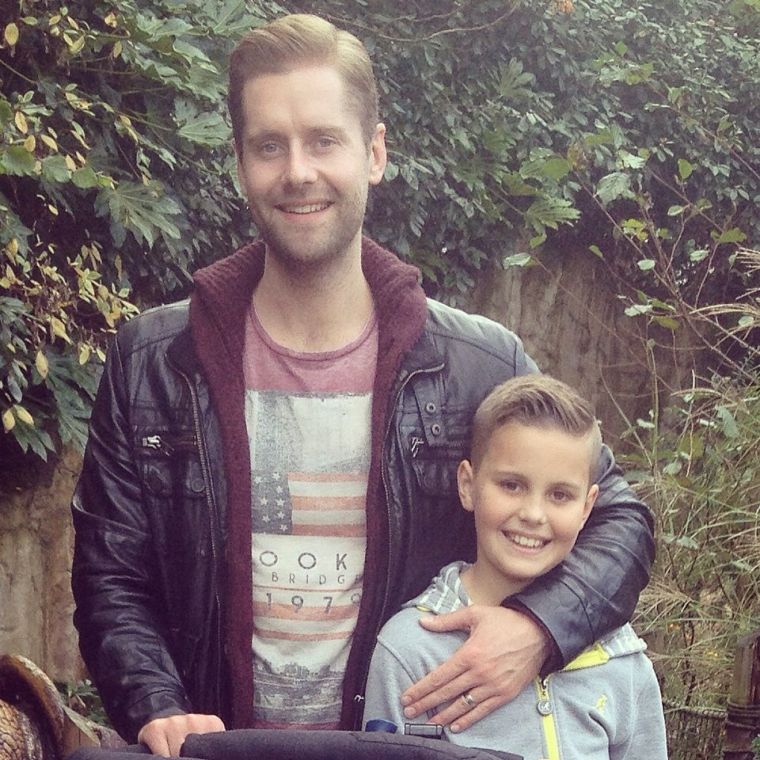 I think that one of the things that I love the most about Gaz is that he has genuinely never treated Lewis any different from the other three, something which, I hold my hands up and admit, I did worry about in those early days. Never once has he made Lewis feel any less like his son, nor differentiated between a child who he witnessed come into the world, who he held in his arms at just a few seconds old, a mirror image just exuding his DNA, and a child who, at six years old, peeped out from behind the back of the kitchen door, waggled his John Cena wrestling figure and asked him if he like chicken nuggets. 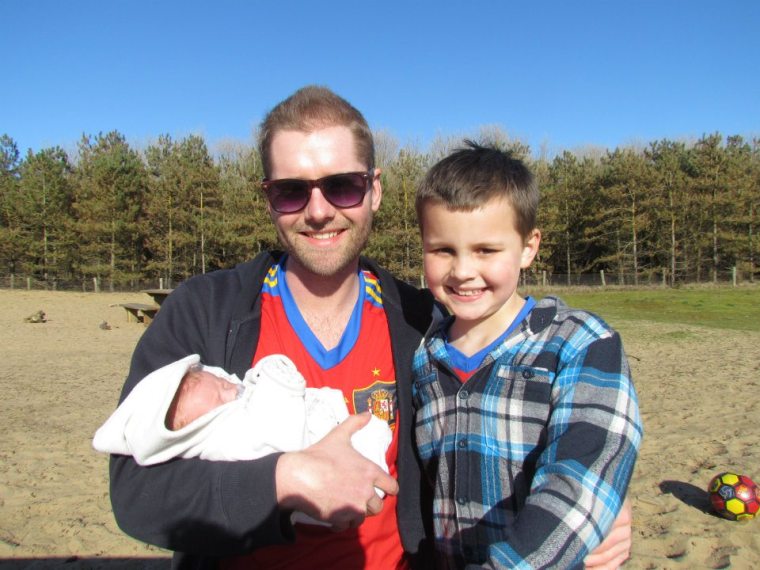 And I know that perhaps there will be times when, in the not too distant future, fuelled by teenage angst and rampant hormones, Lewis will turn around to Gaz following the slamming of doors and the screeching down the stairs, and he will tell him, “You can’t tell me what to do! You’re not my Dad!!”. And I can only imagine how that will feel, how much it will hurt to have that thrown back in his face. I can’t imagine how difficult it will be, taking that from a child who you taught to swim, to play pool, enjoyed countless days out, Summer holidays, introduced to a whole world of opportunities. 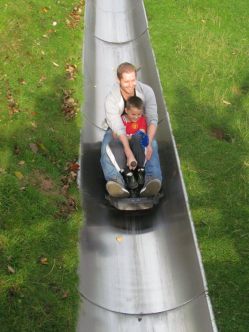 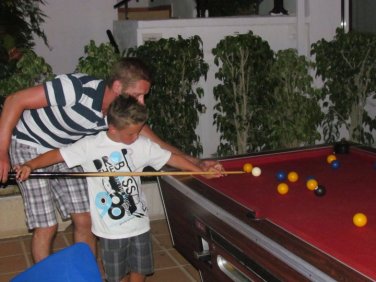 A child who you sat up with late at night, just watching him sleep when he was poorly, cleaned up his sick, stripped off his bedding, rang home repeatedly to check how he was throughout the day. A child who stood beside you as Best Man on your wedding day, who you watched with utter pride and admiration as he gave his speech, posed for photos beside you in his matching suit, shared a moment that you will both treasure forever. 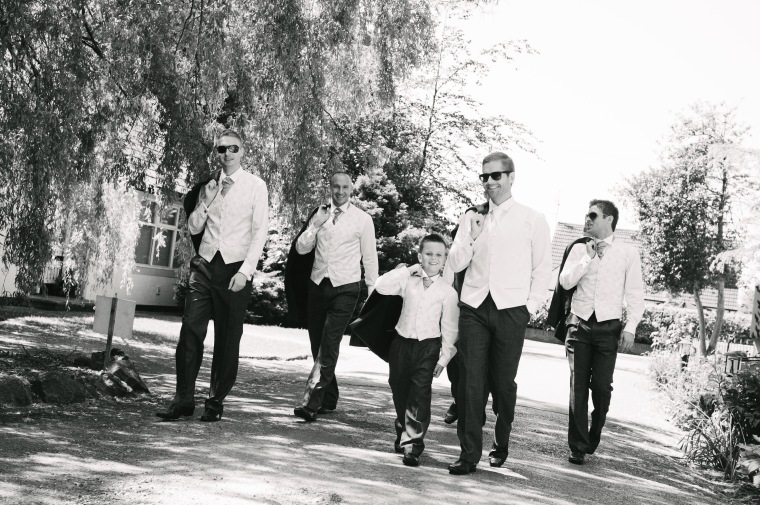 A child for whom you stayed up late every Christmas Eve wrapping his presents, who you watched blow out every candle on every  birthday cake over the years, who you cheered on from the sidelines of every football match, come rain or shine. A child who you snuggled up with to watch a DVD on the couch, carried up to bed, kissed goodnight, and told him, every single day, how very much that you loved him. 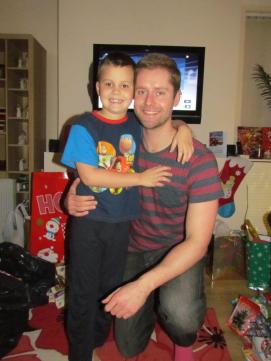 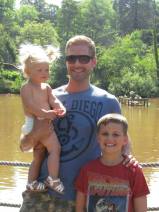 But then I also know that, fast forward another ten years, the day will come when, during one too many drinks over Christmas dinner or whilst dancing wildly at his sisters wedding, Lewis will take Gaz in his arms, in the most macho of hugs, and he will tell him, “Thank you!”. He may pat him on the back, no doubt several inches taller and broader than he has ever been, and say the words that will make up for every bit of drama, every teenage angst, every moment when Gaz has had to take a back seat, and tell him,

“You have been such an amazing Dad to me.” 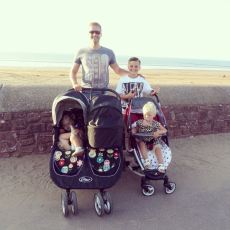 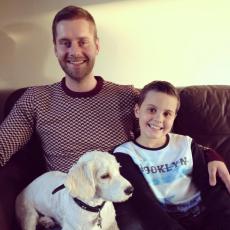 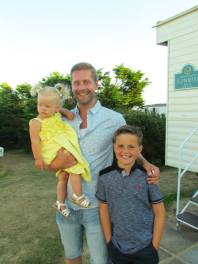 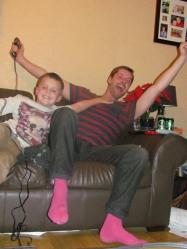 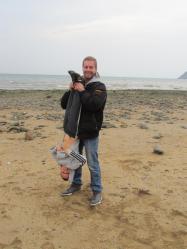 We are all so lucky to have our Dads in our lives and yet none quite as lucky as those of us who have, not just one but, two.