Today you are three, and I can’t quite believe that we are both still here, still surviving this year together. Although we knew from day one that you have always been different, this year, you took the terrible twos to a whole new level!! And I hope that when you are old enough to read this back, that perhaps as a Mummy yourself, knowing just the every day struggles that we Mums face, you will appreciate that it has taken blood, sweat and tears to make it to your third birthday, to make it, even if just a little way, across to the other side.

From day one you have been our biggest challenge. Even as a newborn you were not the easy, happy baby that your brother had been. As you grew, we quickly realised that nor would you be the compliant, loving little girl that Eva had been, and nor should you be, but you were much happier to smack, kick or scream at us, pretty much twenty four seven.

But two, WOW, that was a whole new level of crazy. At your two year check I raised our concerns to the health visitor, who looked at you, sat there with your angelic blonde hair and your big blue eyes, like butter wouldn’t melt, and she told me that all children push the boundaries, that we just needed to lay down the law, stick to a routine, battle through this “phase”. And as she left, and you launched yourself at me for the tenth time that day, I felt as though you knew exactly what you were doing and that actually, you really didn’t like me very much at all.

I used to ring up Daddy on his lunch break, fighting back the tears because you had hit me, scratched me, bitten me. And he would say, “Babe, she’s TWO!” as though that was the answer, as though he had no idea of just how freakishly strong you were, or perhaps just how very weak I was!! Either way, you lashed out with such unabridled anger and hate that I found it very hard to know what to do with you, how to parent a child that seemed to be so pent up with anger and frustration.

By the Summer I had given in and taken you to the doctors, sat there in tears, sobbing as I told her that your behaviour was out of control, that I had tried everything, that I had finally reached the end of my tether. And you had sat there, again in complete silence, looking so completely innocent that had it not been for the many hours of footage on my phone of you headbutting the floor and flailing on the carpet, I’m sure the doctor would have deemed me a liar right there and then. So she referred you to CAHMS, said that in her opinion you displayed autistic tendencies, that perhaps it was something we should consider, read up on, try to get our heads around.

And I had read up on it, spent hours late at night reading as much as I possibly could, talking to friends, crying into my pillow, wondering at what point would we get the help that we needed, at what point would you start acting, and I hate myself for ever thinking this, normal.

I have no idea how we got through the hazy months of Summer, how we dealt with the fact that CAHMS wrote to us and explained that they wouldn’t see you until you were four. I don’t know how we survived the countless times that you were whisked to hospital suffering with yet another dose of tonsillitis, how we sat through endless nights where you screamed and cried with anger, pain and frustration. I have no idea how we found a way through those days when you raged, from morning until night, when you showed me up in public or ruined yet another day out with your incessant crying.

And then in September, having exhausted all of our parenting abilities, we decided to start you at nursery, and I dreaded that first day. Knowing how you hated new places, new people, new things, it was with a reluctant pre-meditated acceptance that I took you there, having already explained the situation, already laid the groundwork that you would hate it, that you would cry inconsolably, that you would be un-cooperative and hard to handle. So it was with the greatest surprise when you walked in there, let go of my hand and sat straight down to play with a dinosaur. I had stood there, feeling like a complete and utter fraud, backing out of the door as quietly as possible incase you noticed and began to scream. And as I crept through the door, I heard you shout, “Bye Mummy!!”, and completely gob smacked, I cried the whole way home.

By Christmas you were a different child. I didn’t even recognise you anymore as the angry, violent, frustrated little girl you had been. As we increased your hours, only to a couple of mornings each week, you gained your confidence, your independence, you found something that was just for YOU, something that you had been needing and perhaps, something that I hadn’t been able to give you. And it was very hard for me to think about that, to wonder why you behaved the way you did for me, and yet a completely different child for the ladies at nursery. It fuelled my paranoia that you simply didn’t like me very much after all, that perhaps you blamed me for being ousted as the baby of the family so soon, that you felt angry at having to fight for my attention, that perhaps deep down you knew that, although I had every intention of making your first birthday cake, knowing I was due to be induced with your brother the next day, I had nipped to Tesco and bought one. Not even a character one, just a rubbishy old sponge cake. A metaphor for your whole life, the un-official “middle child”.

And I am so sorry that this year has been so difficult and so sorry that it took us so long to find our feet, to find a way to make eachother happy, to work eachother out. I’m so sorry for all of the times I have shouted at you, told you that you are a naughty girl or felt resentful towards you. You’re not a naughty girl, not at all, I’m sorry that I let you down.

I really thought that I would be glad to see the back of the terrible twos, to embrace your threenage self, to remain optimistic that this is the year that you will FINALLY stop screaming, but actually, I feel really emotional about it. Because despite all of this, two was an amazing year. Two was the year that you fell in love with all things Frozen, when you convinced yourself, beyond a shadow of a doubt, that you were infact Anna, that Eva was Elsa, and together you could move mountains. Two was the year that you discovered a love of You Tube, of maths tutorials, the un-boxing of toys and opening of  Kinder Eggs. It was the year that we holidayed in the south, where we felt the sand between our toes, ate ice creams on the beach and ferried you back and forth to A&E in a turn of events that could only ever happen to you. It was the year that you discovered lipstick and nail varnish, where you developed a penchant for pretty dresses and Rapunzel like hair, where you reminded us every single day of how beautiful you are, how sweet you can be, how lucky we are to have you. Two was the year you started at Little Nursery, made friendships of your own, where you learned to count, learned to paint, where you blossomed before our very eyes. 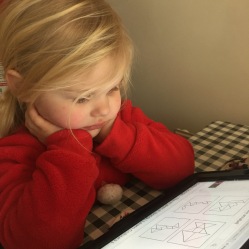 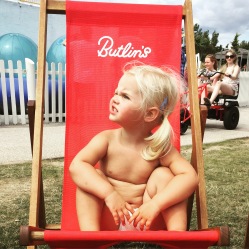 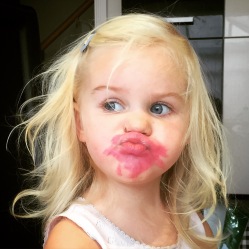 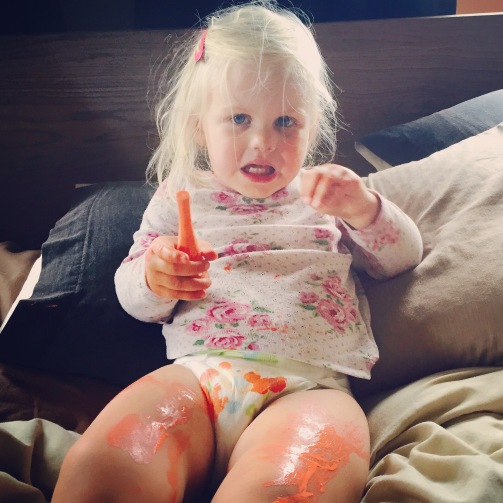 Two was the year that you stepped up to your role as big sister to Harry, where you grew even closer to Eva and you idolised Lewis in a way that has never faltered. Two was the year you discovered Knock Knock jokes, your singing voice, an imagination so vivid that at times you lost all sense of reality. It was the year you watched The Lion King, every day, on repeat, as often as we would let you, the year you set your heart on a Baby Annabelle, when you squealed with delight on Christmas morning, held her in your arms and told her, “I will love you forever!”. It was the year you discovered dress up, a love of swings, of stickers, bubbles and chocolate ice cream. Two was the year where you swapped your nappies for “big girl knickers”, your cot for your bunk beds, your chubby little baby face for that of a little girl, and a stunning little one at that. It was the year you gained your independence, your confidence, your intuitiveness, the year that you would lay your head against mine and it felt as though you could read every thought in my head. 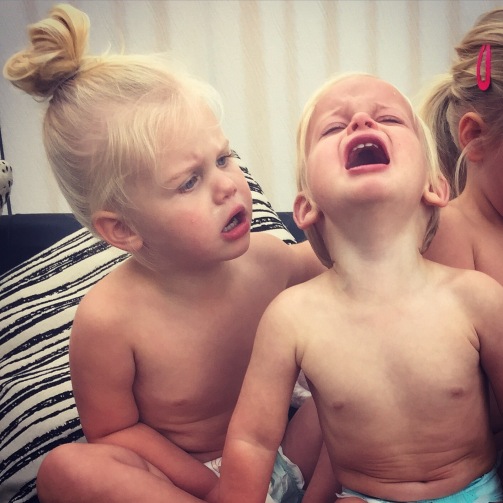 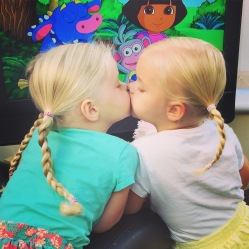 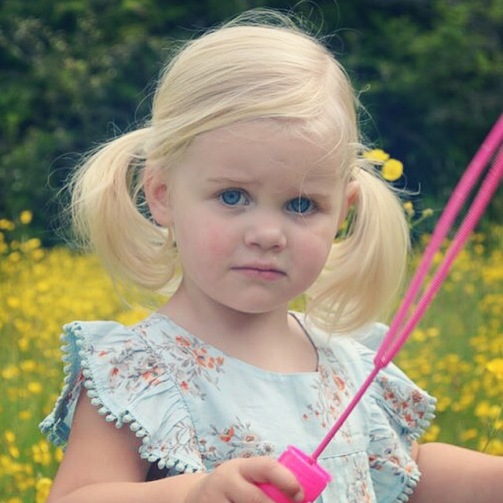 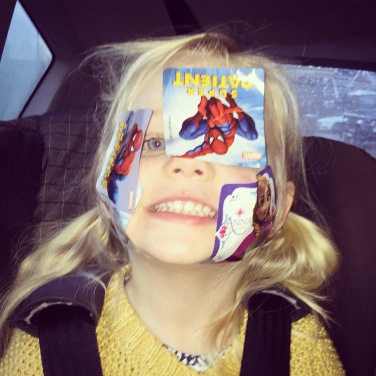 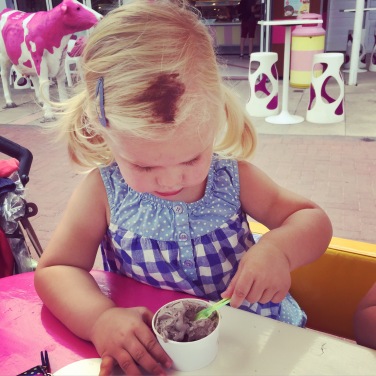 Two was the year when I realised that it’s okay not to be normal, that it doesn’t matter if you are different and in fact, all of those things that make you stand out are all of the things that make you Megan. Two was the year when I realised that we are both so much stronger than we ever knew, where I learned to let go of all of my worries and frustrations and simply love you, every little quirk, every bit of crazy, every single part of you, my little wildcat, Meggy.

Because now you are three. And admittedly, you are still hard work, I think that’s just in your nature, and I cant lie, you do still scream, a lot, but you are funny, witty, smart and articulate. You are free spirited, fiercely independent, imaginative, dramatic and a whole series of contradictions. You are loving, more so than any of your siblings, and you tell me time and time again each day, “I love you Mummy, you’re my best friend.” And I believe you, I really do. Because most of the time, you are an absolute delight to be around, when you aren’t going schitzo over somebody looking at you the wrong way or losing the plot because Eva said, “the”, you are the most wonderful little girl in the whole world. There is nobody who meets you who doesn’t love you, everyone tells me, “I know you shouldn’t have favourites but  Meggy is mine!”. And I get it, even though I don’t get what it is, I get why people love you, why you endear yourself to just about everyone. 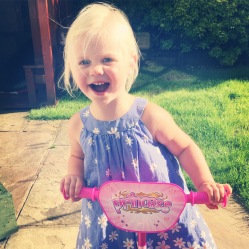 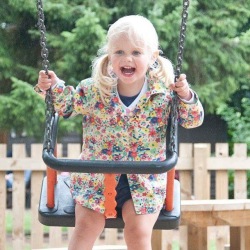 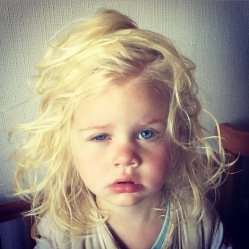 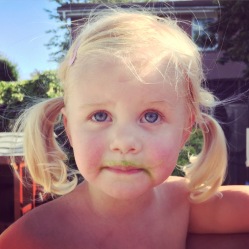 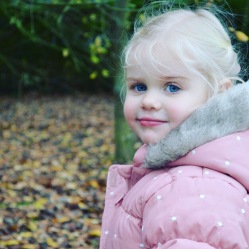 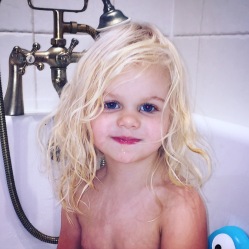 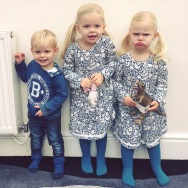 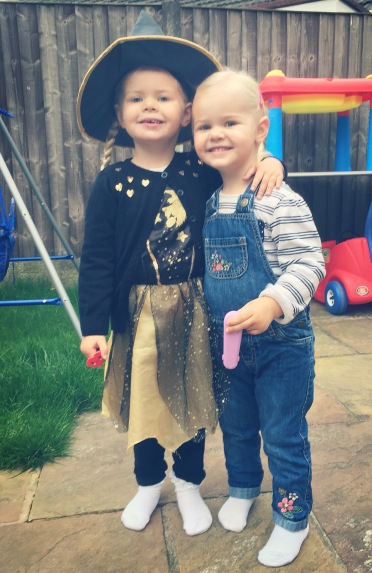 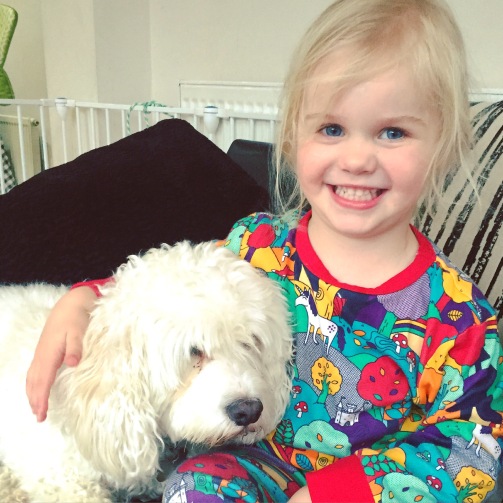 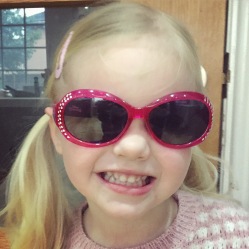 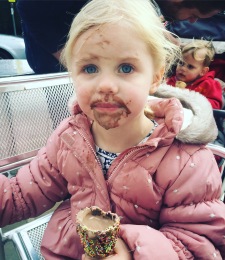 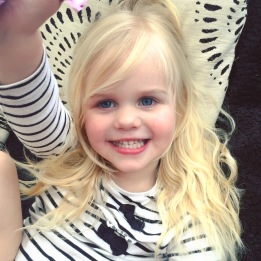 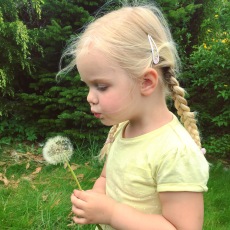 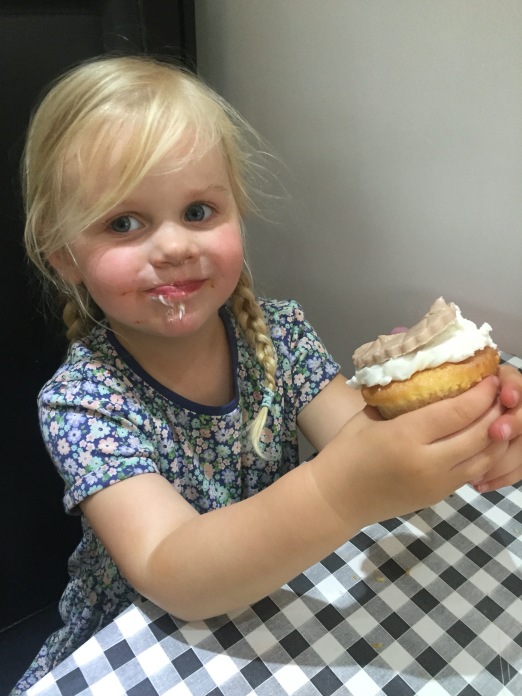 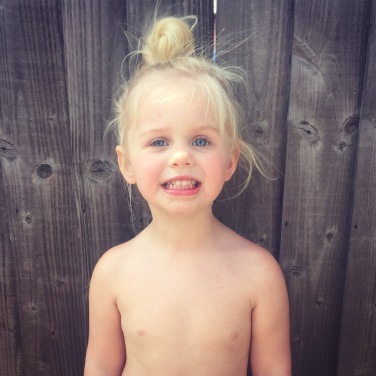 You have been the biggest challenge I have ever faced, and I accept that there is so much more to come. You have pushed me to my limit, and beyond, you have tested my patience, my sanity, my will to live, but I wouldn’t change you, not one bit of you, and I am so very proud of you, always.

Love you all the stars in the sky. 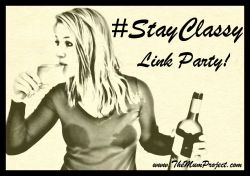 138 thoughts on “For Meggy, on your third birthday”